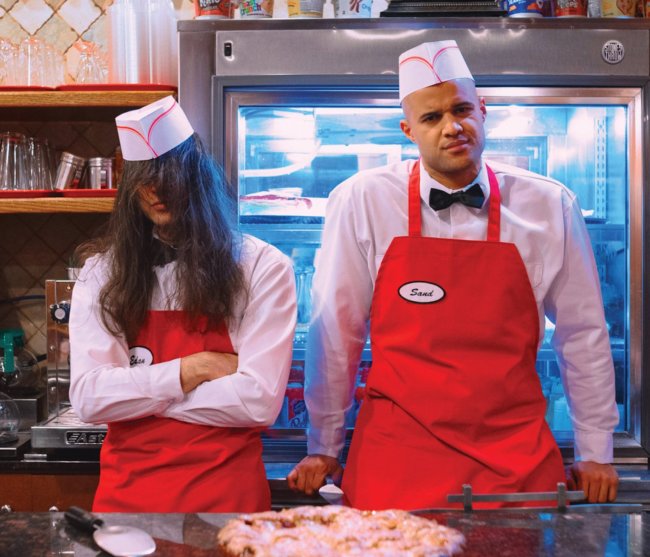 January delivered much more than we could have expected; the year has kicked off with so much promise from exciting newcomers and legendary acts. As we look to February, the programme has plenty in store to get people out of the house despite the gloomy weather...

The UK jazz scene delivered a trio of standout shows with our Jazz Re:freshed and Tomorrow’s Warriors nights shining a light on the future while genre-defying drummer Richard Spaven gave possibly the best performance of January. The show that may live longest in the memory was certainly Marc Rebillet’s debut at The Jazz Cafe; hovering somewhere between live gig, comedy show and club night, this was a performance like no other and we doubt we’ll see anything like it again – Plastician caught up with the man himself before the show to get inside the mind of a unique act!

At the start of February, the GRAMMY-nominated singer and emcee Mumu Fresh arrives for her first show at The Jazz Cafe – ‘a regal combination of black power and native American pride’, she’s been a sensation in the States through collaborations with the likes of The Roots and that Tiny Desk Concert. Fellow East Coast hip hop star Homeboy Sandman joins us later in the month, a leader of the alt rap scene coming out of Stones Throw. The homegrown hip hop scene is represented by much-hyped group Cult Of The Damned on 28th February featuring an all-star cast of British rap.

One of the more surprising scenes to have developed in Europe over the last 18 months is the Latin-flavoured urban enthusiasm. One of it’s shining lights who has quickly risen to global fame is C. Tangana. The Madrid-born rapper follows in the footsteps of Rosalía and Bad Gyal as Spanish urban artists make waves around the world and his show at The Jazz Cafe sold out in record time. Plenty to keep an eye and ear on here!

There’s a wealth of reggae and dub in our programme in the coming weeks but one standout show will certainly be a lovers rock special just before Valentine’s Day headed up by Mad Professor. A favourite at The Jazz Cafe, he’s invited some icons of British dub and reggae to join him on the night including vocalists Aisha and Sandra Cross plus Tippa Irie and Solo Banton.

Finally, it’s a jazz favourite. Bill Frisell has long been celebrated as one of the most brilliant American jazz guitarists, on a par with Wes Montgomery. He is as much influenced by blues and country as he is by John Coltrane and brings his trio to Camden at the end of February.

It’s a jam packed month and we look forward to seeing you at a show.